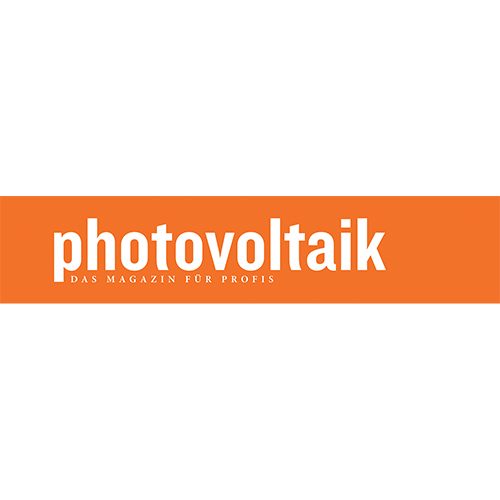 Munich – Heavy frosts are already forming on solar power plants at night, and it won’t be long until prolonged snowfalls arrive. However, those who own solar plants should be worrying less about the short-term decreases in yields and focusing instead on potential damage that could occur due to winter weather: Snow loads and cold temperatures can easily damage modules, supports, electronic components or cables – and the consequences are often losses in yields in the summer months that go unnoticed. Monitoring and a comparison with historical data play an essential role in this context.

First looks are deceiving: It’s not the snow-covered solar modules that significantly impact the power yield, but rather the damage it causes, which frequently goes undetected. Even though using photovoltaic systems basically pays off in winter as well, the systems produce the bulk of the electricity from the spring through to the autumn. In addition to the hours of sunlight each day, the flatter angle at which the sun shines in the winter is primarily responsible for this. Snow-covered systems are therefore less of an obstacle – the snow quickly slides off them, particularly when the panels are installed at angles greater than 30 degrees.

However, the loads that occur due to the snow cover can turn out to be problematic: Systems can be subjected to loads of 80 kilograms or more per square metre in a short time, particularly if the snow is wet, and this value can easily double in mountainous regions. If the snow freezes solid, modules may be permanently damaged. In addition, supports and thus the cables as well can be affected within a relatively brief period. This results in a precarious situation, given that modules are typically connected as a series in strings. As a result, a single damaged area is enough to negatively impact the output of an entire string on a permanent basis. At the same time, conducting tests in the area of the systems poses the risk of further damage as well as accidents and should therefore be avoided.

‘Photovoltaic power plants are significantly affected by cold weather, often over the long term. We recommend carrying out an extended visual check of the systems in spring where possible. This makes it possible to catch or avoid at least some defects, such as plug connections that are coming loose or weak cables,’ explains Günter Seel, Executive Manager of smartblue AG. ‘However, only modern monitoring solutions really offer the certainty and security that are necessary to ensure a solar power plant can deliver an optimal yield after winter ends. Without monitoring, there is a risk that system performance could permanently fall short of targets – which will significantly impact yields or the power produced.’

Appropriate monitoring solutions should take long-term data into account in addition to benchmarking. A detailed analysis of the data is especially important during the colder months – many monitoring solutions transmit error messages when snow falls in particular, and maintenance technicians are needlessly sent to check out the systems as a result. On the other hand, smart data analysis detects when there is snow cover, for example by taking into account data from weather satellites. Thanks to this approach, system operators can reliably detect whether performance values are still on target in the spring.

System owners who have a photovoltaic monitoring solution in place also need to consider several aspects. One of the most important is documenting error messages. Identified damages should also be recorded – if, for example, snow loads have caused a defect, photos may be helpful for the subsequent insurance settlement process. Damages on modules should also be document with photos where possible. Together with the data evaluation provided by a monitoring solution for the solar power plant, this makes it simple to establish the cause of the defects so producers have the evidence they need for warranty claims.